Marai wrote, “PTCT’s EU marketing presence was apparent at WMS last week with a medical affairs booth, poster presentations and KOL/data symposium. We spoke with much of the EU sales force, many of whom we remember from WMS 2013. The French ATU program and other expanded access programs are shipping drug. The EU launch is under way, but P3 readout in Oct./Nov. 2015 a bigger focus. Translarna (ataluren) is shipping; we first model revenues in 2H15. Updated data for Isis Pharmaceuticals’ SMNrx, presented Friday, generated additional interest in PTCT’s Roche-partnered SMA program. We see orally delivered RG7800 with systemic tissue distribution as underappreciated by the Street. Physicians we spoke to highlighted that this represents a significant threat to the SMNrx program.” 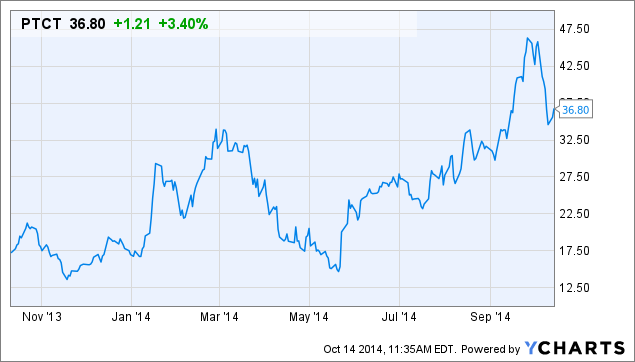