Oppenheimer analyst Fadel Gheit pounded the table on Marathon Oil Corporation​ (NYSE:MRO) and maintained an Outperform rating on the stock. The analyst issued updated guidance and a price target of $32.

Looking forward, Gheit expects MRO production to grow 5% to 7% in 2015, though he anticipates that MRO will incur losses of $1.1 billion this year and $709 million next year. Operating cash flow is estimated to be $2.4 billion this year and $3.9 billion next year. He notes that his estimates "do not fully reflect the expected savings from reduced service cost and operating expenses."

Gheit highlights that MRO's net production average increased 43% year-over-year in 4Q14 in the United States. Internationally, MRO drilled two infill wells in the UK, with "production rates above pre-drill estimates." The analyst concluded, "Aside from rising oil and gas prices, we believe MRO stock performance will reflect its production growth potential and ability to reduce costs and expenses, through operational improvements and efficient capital allocation." 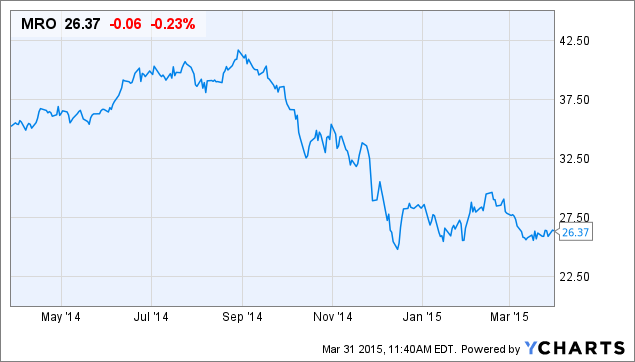