Oppenheimer analyst Fadel Gheit pounded the table on EOG Resources Inc (NYSE:EOG), reiterating an Outperform rating on the oil and natural gas company. Gheit posted a price target of $105, which represents a potential upside of 15.1% from where the stock is currently trading.

Gheit noted that EOG does not expect a change in oil production this year, but adds that the company would begin to produce more wells in the third quarter if oil prices rise to $60 per barrel. Looking forward, Gheit estimates a $465M loss this year and a narrower loss of $130M next year. Assuming oil prices hit $65 per barrel in 2016, EOG expects "oil production growth in the double-digits and to stay free cash flow netural." Gheit added that EOG wants to increase production heading into 2016 and expects "the lowest production for 2015 in the second and third quarters." 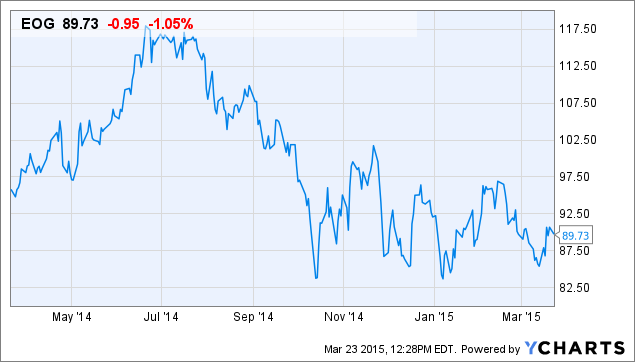