Jones wrote, “Myriad reported F1Q15 results that were consistent with the company’s pre- announcement. While a faster transition to MyRisk was responsible for the lower guidance, we were surprised by the level of MyRisk revenue recognized in the quarter. The capacity issues associated with MyRisk are expected to carry through F2Q15 before stabilizing in F3Q. While we expect the stabilized turnaround time to benefit MyRisk GM, we expect the mix shift will stall a meaningful recovery. Despite the lingering capacity issue, management maintained F15 guidance, with the primary factors being a recovery in MyRisk and improved reimbursement coverage and volume growth for both Vectra DA and Prolaris. Even accounting for these factors, we struggle to see a path to achieving guidance.”

According to TipRanks.com, which measures analysts’ and bloggers’ success rate based on how their calls perform, analyst Bret Jones has a total average return of 0.4% and a 56.5% success rate. Jones is ranked #2194 out of 3363 analysts. 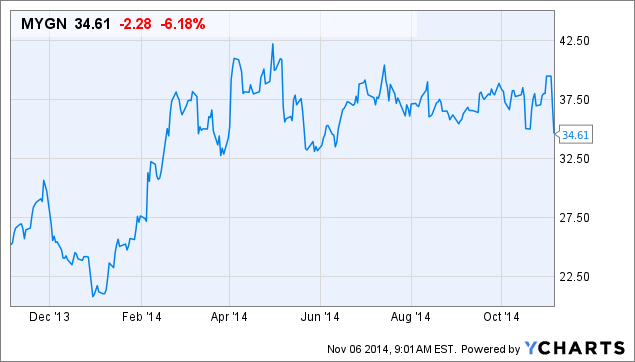