In a research report released Wednesday, Oppenheimer analyst Andrew Uerkwitz maintained a Perform rating on shares of GoPro Inc (NASDAQ:GPRO), following a meeting with CFO Jack Lazar and VP Corporate Development Colin Born on Tuesday. The analyst left the meeting more confident about the company’s recent strategic initiatives (streamlined editing tools and new product categories: quad copters/AR/VR capture) and its leading position among prosumers, but remains sidelined on the stock due to his belief that the core products are seeing slowing growth in a shrinking capture market.

Uerkwitz noted, “The overall tone was upbeat and Mr. Lazar was positive on GoPro’s market position and opportunity. We discussed GoPro Hero4 Session—a newly released (in July) capture device. Due to its different form factor and earlier launch, we believe it’s too early to make a call on its success. Management also demonstrated the latest software update which we believe is part of a larger vision to improve user experience. Sharing was much improved comparing to our earlier experience (note link). While we like the strides the company is making, we reiterate our Perform rating due to our more conservative view of the core capture device market.”

Out of the 19 analysts polled by TipRanks, 13 rate GoPro stock a Buy, 5 rate the stock a Hold and 1 recommends a Sell. With a return potential of 101%, the stock’s consensus target price stands at $70.50. 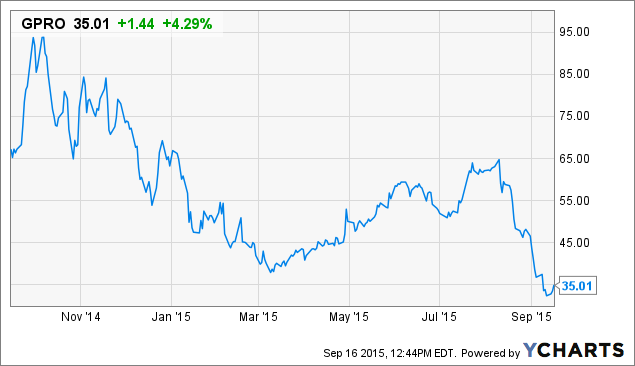