The analyst noted, “Based on 2015 oil and gas futures, we expect operating cash flow of $38.6B to partially fund $34.3B in CAPEX and $11.4B in dividends, for a free cash flow deficit of $7.1B. Any share repurchase would be funded with proceeds from asset sales and additional borrowing. Dividend growth and share buybacks are the cornerstones of XOM’s return to its shareholders. While we expect dividend growth to continue despite low oil prices, we are not sure about the sustainability of the quarterly share buyback, which has been cut from $5B three years ago to $3B currently. Continued low oil prices could put share buybacks at risk.”

According to TipRanks.com, which measures analysts’ and bloggers’ success rate based on how their calls perform, analyst Fadel Gheit has a total average return of 8.1% and a 61.3% success rate. Gheit has an 15.9% average return when recommending XOM, and is ranked #609 out of 3395 analysts. 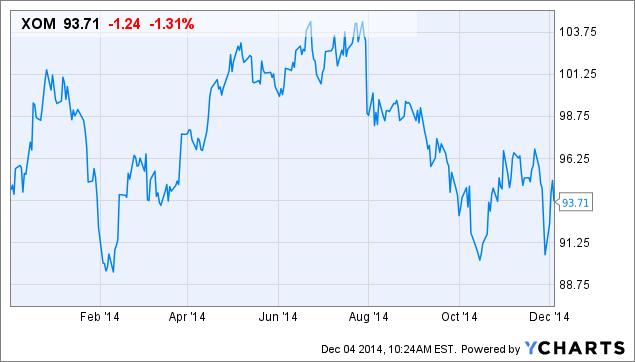