Nagel wrote, “CONN has evolved to quickly represent one of the most controversial investment stories in Retail. A few key takeaways from our conversation: 1) Management is decidedly frustrated with what it views as a misunderstanding and under-appreciation of the CONN investment story; 2) Recent ownership filings spurred CONN to adopt a pill and announce a pursuit of new strategic initiatives; 3) We do not view the implementation of new strategic efforts as imminent; 4) Management reiterates that CONN remains on a solid financial footing; and 5) Efforts to slow new store growth could take about one months to implement.” 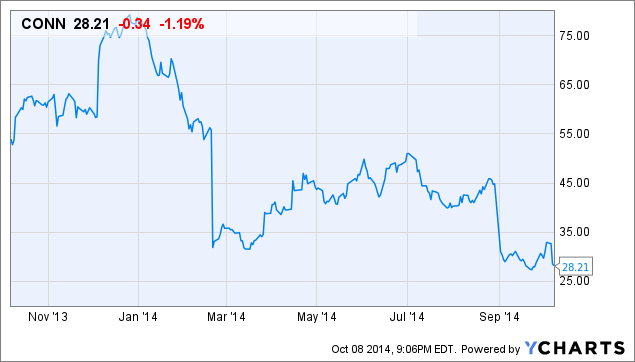