Oppenheimer analyst Jason Helfstein maintained a Perform rating on comScore Inc (NASDAQ:SCOR) and raised his price target to $43 (from $38) on higher FY margins after divestiture of mobile carrier analytics.

Helfstein said, “DoubleClick VCE roll-out is in line with expectations; however, pricing dynamics are not likely to be resolved until 2Q:15. Meanwhile, we believe there is significant opportunity to leverage vCE technology with online Video, and SCOR has been progressing with various integrations. Third-quarter adj. EBITDA 17%/14% above Opco/Street on organic margins and divestment of mobile operator analytics division. Fourth-quarter EBITDA guidance 11%/8% above, respectively. As a result, we are increasing 2015E EBITDA 12%. We believe vCE is on track to generate $106M of revenue in 2017. Maintaining Perform based on 12% potential upside to target. However, successful DoubleClick execution and increased vCE video penetration could drive valuation in 2H:15.” 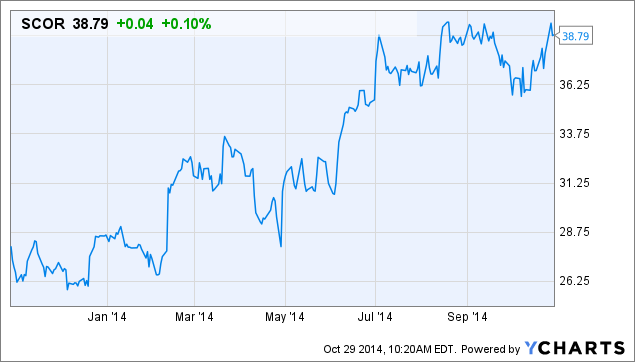 Needham: These 3 Penny Stocks Are Poised to Double (Or More)