In a research report issued today, Oppenheimer analyst Brian Bittner maintained an Outperform rating on Starbucks (NASDAQ:SBUX) with a price target of $86, following the news that the company plans to buy the remaining 60.5 percent share of Starbucks Coffee Japan that it does not already own in a two-step deal valued at about $913.5 million.

Bittner noted, “In a deal we view as positive, SBUX will buy out its Japanese JV. The deal will be immediately accretive to ’15 EPS and with only 1,000 retail units, no CPG business and no Teavana stores the future growth opportunity in Japan is extensive. While we make no changes to our model today, EPS estimates likely need to move a bit higher when more details are released next earnings call (4Q14), assuming core business trends remains solid.”

The analyst added, “Earnings accretion will only grow over time and this appears to be a great transaction for the company. We’re excited to see SBUX bring its CPG capabilities to this untapped market and really put the pedal to the model on the massive tea opportunity as well.” 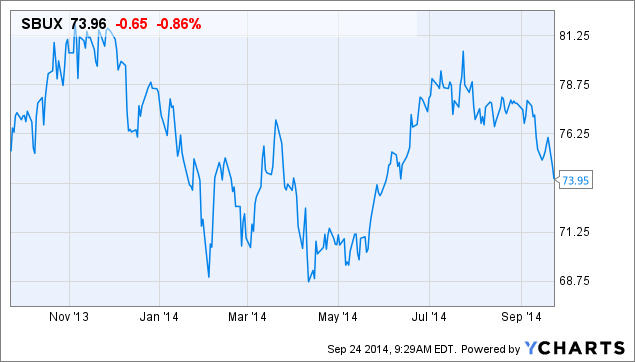