Oppenheimer analyst Rick Schafer weighed in with a few insights on Skyworks Solutions Inc (NASDAQ:SWKS), after he had the opportunity to sit down with the company’s management at the Mobile World Congress (MWC) on Wednesday. The analyst rates the stock an Outperform. 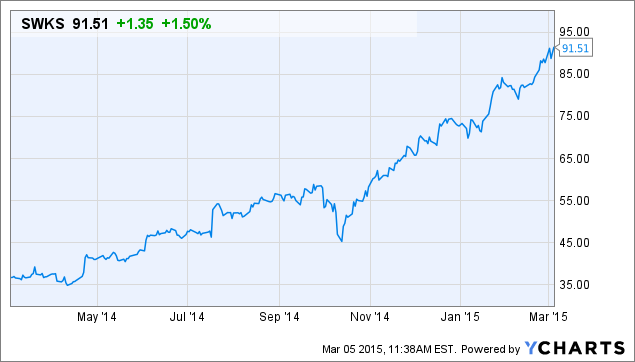