Marai noted, “Newly published nat history data at WMS highlight eteplirsen’s benefit even in the ITT population (including 2 patients who became non-ambulatory). Data demonstrated a clinically meaningful 27-31m benefit (-111m vs -138-142m) (Pane et al.). In the mITT population, the benefit looks significantly better even with recent declines. We continue to expect accelerated approval of eteplirsen given the unmet need, preliminary evidence of efficacy and minimal toxicity that looks better than current standard of care steroids. Recall, a majority of DMD patients receive steroids, that, while not approved, delay disease progression but have side effects.” 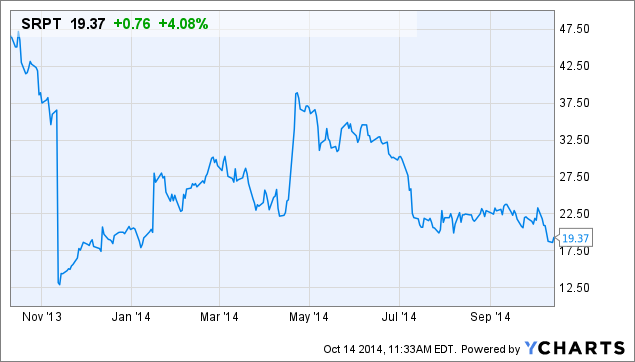