Marai commented: “Roche recently updated clinicaltrials.gov with a new trial, “MOONFISH” (NCT02240355), investigating the safety and efficacy of an oral SMN2 splicing modifier in SMA patients. Our checks suggest this drug, code-named RO6885247 on the site, is Roche/PTC’s compound, RG7800. RG7800’s transition into patient trials appears to have occurred sooner than originally anticipated, supporting Roche’s commitment to the program. Our base case views this 20-week Phase I trial as a prelude to a potentially pivotal Phase II trial in the most severely affected (Type I) SMA patients. However, we note that remarkable results, with clear OS benefit, are possible even in subsets of this 48-patient trial and would, in our opinion, be suitable for registration given unmet need in this patient group.” 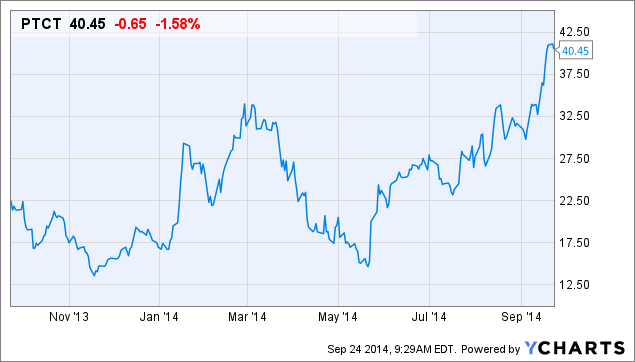