Oppenheimer analyst Christopher Marai came out with a research report on Sarepta Therapeutics Inc (NASDAQ:SRPT) after the company completed its rolling NDA for eteplirsen, a trial drug for the treatment of some mutations that cause Duchenne muscular dystrophy (DMD), a genetic degenerative muscle disease. The analyst maintained an Outperform rating on the stock with a price target of $45.00.

Marai points out that the FDA has until August 25 to accept/reject the NDA, and that eteplirsen will have a 6-month review period post-NDA acceptance. At this point, the analyst seems to be positive on the acceptance of the NDA filing. The analyst noted, “A rolling-NDA requires FDA agreement, and we view acceptance as likely, given CEO previously highlighted that if FDA signaled submission-not-ready at pre-NDA meeting, SRPT would not submit. Approval decision could come prior to YE15/1Q16. We expect SRPT to continue trading toward our $45PT with NDA acceptance and to ~$8/share should FDA refuse-to-file (by date Aug. 28), which we view as unlikely.” 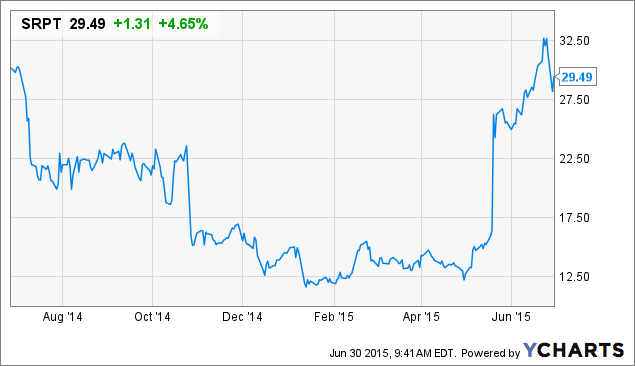