Oppenheimer’s healthcare analyst Christopher Marai came out with a research report on CytRx Corporation (NASDAQ:CYTR), reiterating an Outperform rating and a $10 price target on the stock. The report comes after the company reported its second-quarter results and provided update on its pipeline on Monday.

Marai observed, “We await phase 3 data from the aldoxorubicin trial in second-line soft-tissue sarcoma (STS), which we believe will be the primary driver of CYTR shares into 2016. Faster than anticipated enrollment in this trial may indicate strong investigator experience and potentially suggests that data could come ahead of mid-2016 guidance. Recent Kaposi’s sarcoma, glioblastoma and prior second-line soft-tissue sarcoma provide evidence for a safety advantage of aldox vs. doxo and initial evidence of efficacy, for what should be an active compound across indications.”

As noted, Phase 3 trial in second-line STS remains value driver, and the analyst anticipates, if approved, that aldox could be launched in 2017 and achieve peak sales of >$800M in STS alone.

All the 4 analysts polled by TipRanks rate Cytrx stock a Buy. With a return potential of 239.5%, the stock’s consensus target price stands at $9. 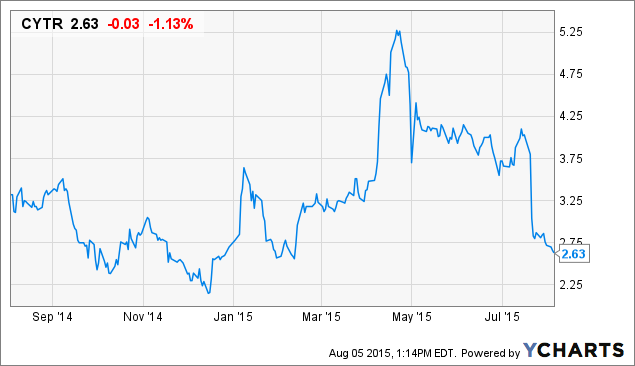