Felt commented that GFT505 has been a “significant overhang” for Intercept and anticipates INTC’s shares to react once new GFT505 information becomes available. GFT505 is expected to return successful results, though it cannot be directly compared with OCA as the two drugs used different benchmarks in testing. However, Felt assures that even if GFT505 is a great success, it will not be a “death blow” to OCA because of the “huge market potential for NASH.”

Felt believes Intercept’s OCA has “well-defined commercial potential and an overall risk/reward profile that appears highly favorable at the current share price” and noted “significant upside potential” for ICPT due to OCA’s “development in other liver diseases.”

Felt touched on some risks, including the contingency of Intercept to have its drugs approved; their lack of manufacturing capabilities; competition from other companies; and unexpected “clinical or regulatory setbacks.”

According to TipRanks.com, which measures analysts’ and bloggers’ success rate based on how their calls perform, analyst Akiva Felt has a total average return of 31.3% and a 67.8% success rate. Felt has a 70.6% average return when recommending ICPT, and is ranked #35 out of 3511 analysts. 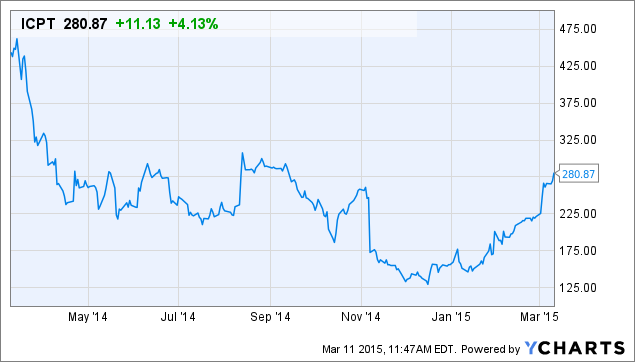