Nagel said, “We look on the Q2 (Aug.) results that Bed Bath & Beyond reported last night as better but not suggestive of a significant positive turning point for the chain. In our view, the pop higher in shares post-market might prove premature. Comp-store sales rose an above-plan 3.4%. Gross margins, however, remained soft. Excluding the benefit of the company’s recent ASR, FY14 (Feb. 2015) guidance is now modestly lower. Management definitely sounds more constructive on its plans for an omni-channel business model.” 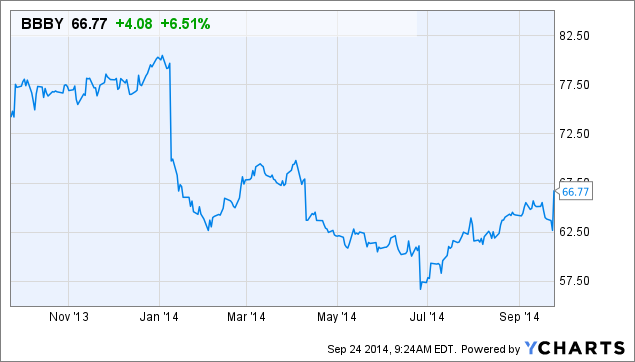