Oppenheimer Maintains Bearish View On Athenahealth Ahead Of 3Q14 Results

In a research report released Tuesday, Oppenheimer analyst Bret Jones maintained an Underperform rating on Athenahealth (NASDAQ:ATHN) with a $90 price target, as the company will report third-quarter results on Thursday after the close and hold a conference call Friday morning.

Jones noted, “Our model has a slight miss on revenue and EPS but we believe the real concern is with physician adds. Given the enterprise implementation pipeline, we believe consensus must be expecting a dramatic increase in small/group implementations, which appears aggressive. We are also concerned about the lack of attention being paid to large client conversions. From a valuation standpoint, we view the shares as fairly rich, trading towards the high end of their historical range at 5.1x 2015E sales.” 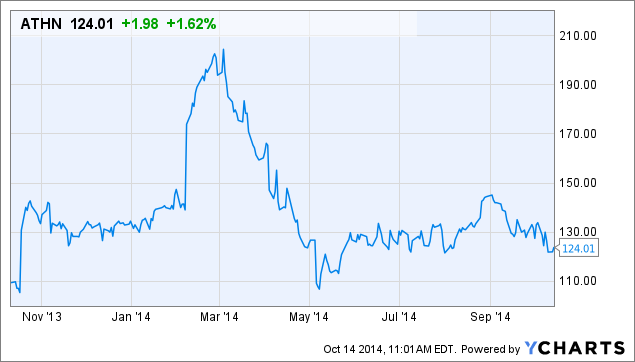 Oppenheimer Comments On Athenahealth Ahead Of 3Q14 Update