In a research report published Tuesday, Oppenheimer analyst Timothy Horan lowered estimates for Windstream Holdings, Inc. (NASDAQ:WIN) to adjust for the CSAL spin-out, which will reduce operating income by about $350 million given the $650 million lease payment less interest savings from the $3.4 billion debt transference.

Horan noted, “WIN will be incorporating this payment into interest expense, but for the sake of comparability, we’ve added a new EBITDA line-item to account for this lease. We remain optimistic, though, that Windstream’s split into two companies will enable higher capex and improved broadband speeds long term, which we view as crucial to sustaining the business model. Positively, WIN is utilizing VDSL to increase speeds to over 20Mbps for half its subs in 2-3 years, which should help offset continued access line losses.”

“Subscriber trends remain concerning with cable/LTE competition increasing; however, the REIT spin-out should help WIN compete more effectively, allowing it to ramp CAPX. It plans to utilize excess FCF on broadband investments and intends to de-lever to ~2.5x”, the analyst added.

According to TipRanks.com, which measures analysts’ and bloggers’ success rate based on how their calls perform, analyst Timothy Horan has a total average return of 3.6% and a 69.4% success rate. Horan is ranked #866 out of 3599 analysts. 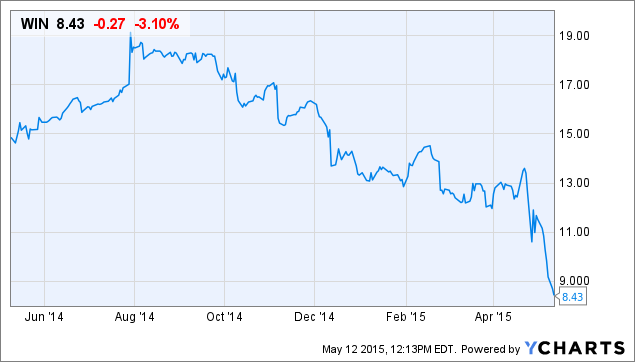