A research note was released today by Oppenheimer analyst Jason Helfstein, after Zulily Inc (NASDAQ:ZU) released it’s first quarter earnings report yesterday. The analyst not only downgraded the stock from an Outperform to a Perform rating, but he also removed the price target entirely. Helfstein shared his negative expectations by noting how the company’s plan to reduce spending on marketing will perversely effect its overall success. Shares of Zulily are currently trading at $9.62, down $2.20, or -18.61%.

Furthermore, “While we see value in ZU’s brand, its niche among “Moms” and its relative success with flash sales, there is too much risk to near-term guidance, given the continued downward revision to forecasts. As a result, we see the shares range-bound at 15-20x ’15EBITDA, to $9-11.” 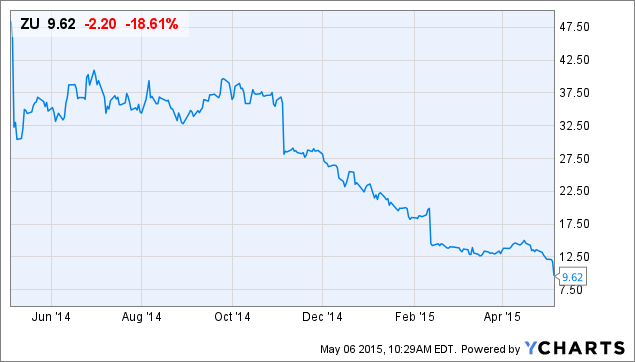 Canaccord Slashes Price Target for Zulily Inc on Back of ‘Soft’ Q1:15 Results