Uerkwitz explained his downgrade, observing that “We do expect 2015 to be a growth year, but see the Street underestimating the volatility that the mobile handset market will bring next year. Additionally, with an increase in OpEx to support 2016/2017 growth initiatives, we don’t expect any leverage near term. Put together, we downgrade to Perform.”

The analyst added, “We update our numbers and thesis for Himax Technologies as we approach 2015. Our below Street consensus (2015 rev/EPS of $927M/$0.46 vs $1,013M/$0.51) is predicated on: 1) broader Samsung weakness; 2) share shifts in the Chinese handset market; 3) slower UHD adoption; and 4) ascribing very little value to the microdisplay segment.” He concluded, “Having a positive bias for longer-term prospects from array lens and other non-driver segments isn’t enough to offset our more negative near-term outlook for the core segments. Based on our $0.46 2015 EPS estimate, the stock looks fairly valued in our view.” 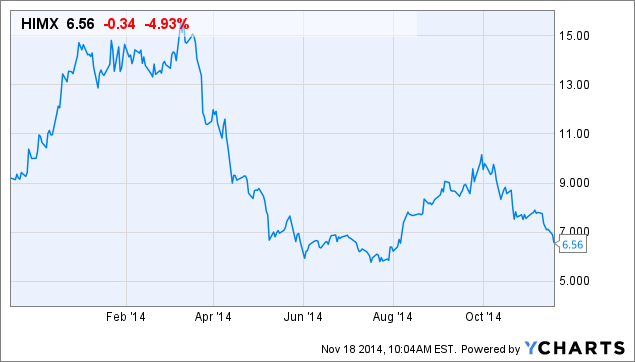