Oppenheimer analyst Yigal Nochomovitz maintained an Outperform rating on Merrimack Pharmaceuticals Inc. (NASDAQ:MACK) with a price target of $11, which represents a potential upside of 32% from where the stock is currently trading. The report follows the company’s third-quarter results.

Nochomovitz noted, “The key update on the call was mgmt’s announcement of a ~one-quarter delay for the MM-398 NDA submission (to late 1Q/early 2Q15). The delay relates to FDA’s request for a revised CMC section to raise the threshold on release specs for MM-398’s stability assay. Short delays related to CMC are not uncommon, and our level of concern is limited as the revised release specs appear geared to highlight MM-398’s extended nanoparticle stability vs. identifying a material deficit in CMC. Still, MACK may face pressure today, and we would be buyers on weakness as 1) the issue is unrelated to clinical data, 2) the release assay has already been developed/tested, 3) stability data already generated should be reproducible.” 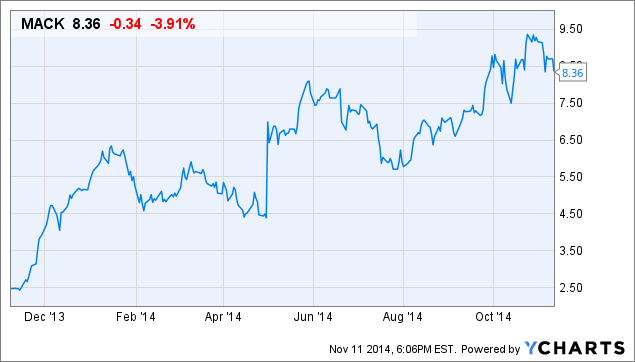