Oppenheimer analyst Ittai Kidron maintained an Outperform rating on Juniper Networks (NYSE:JNPR), as the company and its board announced that Rami Rahim has been named chief executive officer, effective immediately. Mr. Rahim will also join the board. No price target was provided.

Kidron noted, “The news of the CEO transition was unexpected and comes only a short time after Juniper’s previous CEO, Shaygan Kheradpir, presided over a detailed strategy update at Juniper’s Oct. 30th analyst day. Despite the potential for disruption given the leadership transition, the board and Mr. Rahim stand by the strategy and targets outlined at the analyst day. This includes reiterating how security is a key element of the strategy, as well as indicating that guidance took into account a cautious stance to industry/carrier spending.”

The analyst added, “There’s no change to our thesis as a result of the CEO transition and we maintain our Outperform rating.” 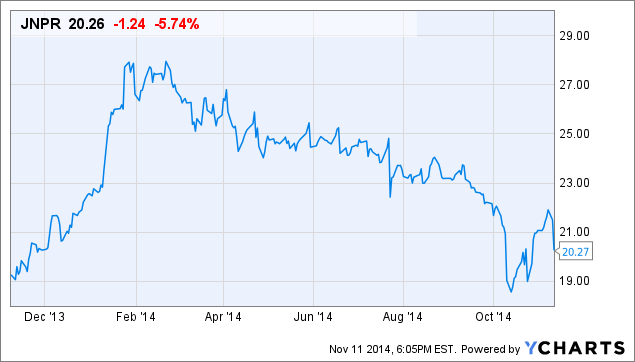