Oppenheimer analyst Christopher Marai out today with his second note this week on Celldex Therapeutics (NASDAQ:CLDX) maintaining an Outperform rating, with a $36 price target, as the company reported third-quarter results on Wednesday.

Marai wrote, “CLDX announced that they are modifying the glemba (CDX-011) P2b METRIC study in triple-negative breast cancer to enroll a broader population. Entrance criteria will be relaxed, now enrolling patients under a broader definition of TN disease and more consistent with medical practice as well as the prior P2 EMERGE trial. Additionally, the design will now incorporate PFS as a primary endpoint, instead of co-primaries of ORR and PFS, enhancing study powering. Changes will also make this study amenable to a full approval in the EU and potentially in the US instead of previously planned accelerated approval path.” 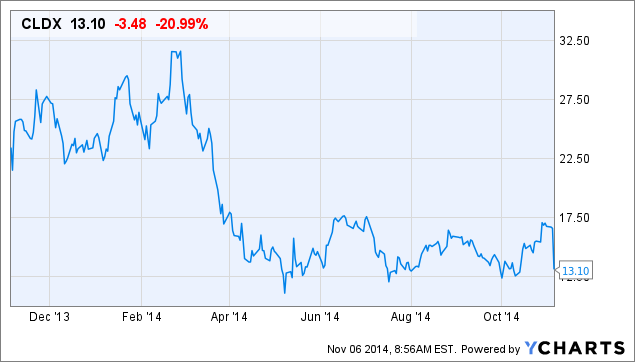