Oppenheimer healthcare analyst Rohit Vanjani weighed in today with his thoughts on NPS Pharma (NASDAQ:NPSP), after the company and Shire (NASDAQ:SHPG) announced a definitive merger agreement whereby Shire will acquire all shares of NPS in a cash transaction. The analyst has ‘Not Rated’ status on the stock.

Vanjani noted, “Though NPS even hired an investment adviser for a sale process, we were still surprised by the timing of the deal ahead of the Natpara PDUFA. Perhaps Shire’s willingness speaks to Natpara’s approvability, as we believe the company would not have gone forward unless it were made comfortable with the FDA’s correspondence with NPS Pharma. In either case, we move to Not Rated on shares of NPSP.” 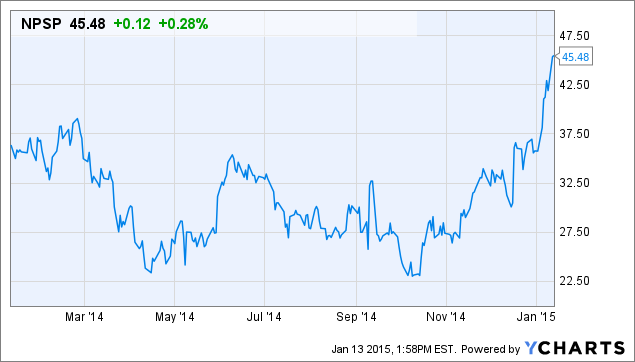