In a research report released Wednesday, Oppenheimer analyst Brian Nagel reiterated an Outperform rating on GameStop Corp (NYSE:GME) with a $40 price target, following the news that video game demand was strong during the holiday period.

Nagel commented: “As we dig through the company’s holiday 2014 sales release, we indeed find a few key positives that should at least somewhat undermine the well-entrenched short thesis on shares. GME is by no means in the clear. Headwinds persist. That said, strong sales of new-generation software and continued strength in sales of new-generation hardware units, even against difficult comparisons, suggest that GME is capitalizing on the new product cycle. Data from GME is likely to remain choppy. We nonetheless remain of the view that in coming quarters trends at the chain should continue to strengthen.” 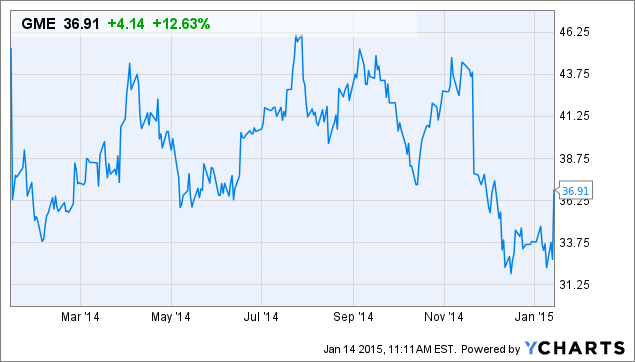