Oppenheimer analyst William Lee maintained a Perform rating on Boeing Company (NYSE:BA), following the news that the company had delivered 723 commercial jets in 2014, at the high end of its forecast for 715 to 725 deliveries. The company delivered 114 of its 787 Dreamliners and 485 of its 737 single-aisle passenger jets. No price target was provided.

Lee wrote, “Boeing’s 4Q14 commercial deliveries were slightly below our expectations, while military aircraft segment tracked modestly ahead. At BCA, the 787 program appears on track as deliveries matched our target, although mix disproportionately tilted to the -8 variant. Book-to-bill during the quarter benefited from a surge in 737Max orders, but widebody bookings were anemic both in 4Q14 and 2014 (ex the 777X).”

Furthermore, “With oil prices slumping, there has been greater noise over the potential for airplane deferrals, but we don’t see meaningful risk as crude is unlikely to stay at these levels over the next couple of years. We expect investor attention on the 4Q14 print to be focused on the trajectory of the 787 cost curve and go-forward FCF.”

According to TipRanks.com, which measures analysts’ and bloggers’ success rate based on how their calls perform, analyst William Lee has a total average return of -16.6% and a 0% success rate. Lee is ranked #2995 out of 3429 analysts. 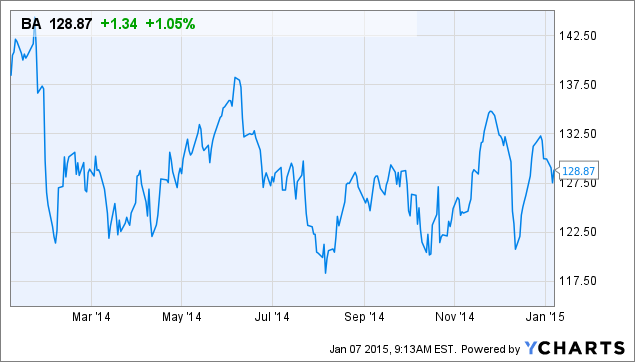