In its report published Monday, Oppenheimer analyst Christopher Marai has boosted the price target of Incyte Corporation (NASDAQ:INCY) stock to $89 (from $75), following the company’s fourth-quarter results and as key milestone events approach in 2015. The sell-side analyst has maintained a Buy rating on the stock.

The analyst explained his new price target, “We raise our PT to $89 as INCY moves into catalyst-filled 2015, as we add in baricitinib royalties, and pipeline assets (IDO/checkpoint, $15/share) to our valuation (see pg. 3). We’ve added these assets to valuation as we believe INCY’s leading position with JAKs and recent P3 data for baricitinib de-risk this franchise while IDO/checkpoints offer upside.”

According to TipRanks.com, which measures analysts’ and bloggers’ success rate based on how their calls perform, analyst Christopher Marai has a total average return of 36.0% and a 75.0% success rate. Marai is ranked #34 out of 3480 analysts. 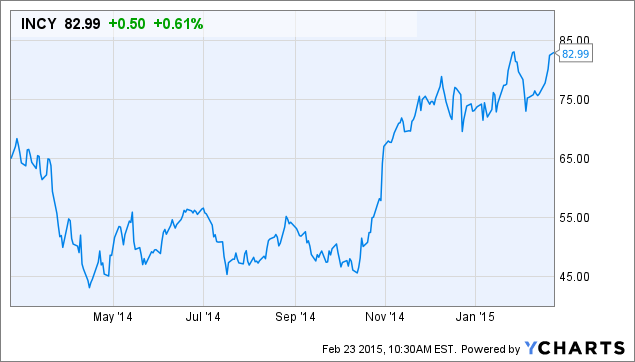