Jones observed, “The company guided F1Q15 down but left full-year guidance unchanged. Management attributed the F1Q shortfall to a more rapid transition to myRisk and production issues in processing samples. Management indicated that turnaround times remain elevated but expects them to normalize in F2H15. On the positive side, Palmetto issued a draft local coverage determination (LCD) for Medicare coverage of its prostate cancer test, Prolaris. The draft LCD limits coverage to the low and very low-risk population, which covers approximately half of the prostate cancer market.”

According to TipRanks.com, which measures analysts’ and bloggers’ success rate based on how their calls perform, analyst Bret Jones has a total average return of 1.5% and a 57.1% success rate. Jones is ranked #1648 out of 3354 analysts. 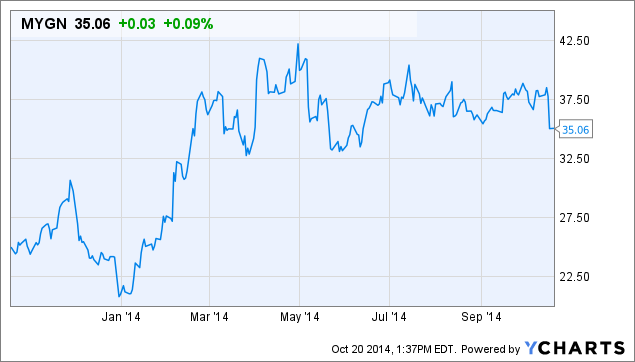