In a research note published today, H.C. Wainwright analyst Reni Benjamin reiterated a Buy rating on OncoSec Medical (OTC:ONCS) with a $2 price target, which represents a potential upside of 292% from where the stock is currently trading.

Benjamin wrote, “With the approval of Bristol-Myers Squibb’s (BMY) Opdivo (nivolumab) in Japan and Merck’s (MRK) Keytruda (MK-3475) in the US, the age of immune-oncology has been ushered in with great fanfare. While some have talked about the “death” of chemotherapy and the use of PD-1 inhibitors as the new backbone in the fight against cancer, we believe the next generation of therapeutics will focus on increasing the response rates of these types of inhibitors while keeping toxicities in check. OncoSec’s OMS-I100 has the potential to enhance the activity of approved and experimental PD-1 inhibitors. With multiple upcoming data presentations, the potential to initiate a checkpoint inhibitor combination trial by the end of the year, and a strong cash position of approximately $39 MM (pro forma), we believe OncoSec represents an undervalued player with significant upside for the long-term investor.”

The analyst continued, “OncoSec has reported updated results from its Phase 2 study in metastatic melanoma for 28 evaluable patients demonstrating a 32% objective response rate at 24 weeks, including three patients with CRs. By way of comparison, Amgen’s (AMGN; not rated) T-VEC has a durable response rate of 16%. A clear message from ASCO was that therapies in development should be combined with checkpoint modulators. In our opinion, ImmunoPulse has the potential to be combined with the evolving new standard of care, and depending on upcoming data, could be viewed as a partnerable asset designed to potentially increase the response rate of checkpoint inhibitors.” 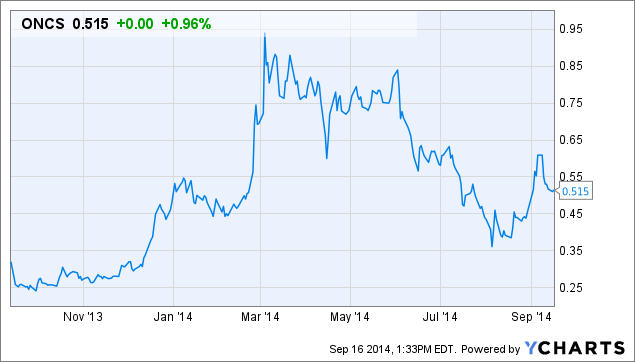