In a research report issued today, Oppenheimer analyst Fadel Gheit maintained an Outperform rating on BP plc. (NYSE:BP) with a $55 price target, which implies an upside of 41.5% from current levels.

Gheit wrote, “We expect BP to generate operating cash flow of $27.7B in 2015, which would partially fund $24.5B CAPEX and $5.8B dividend, for a cash flow deficit of $2.6B, before share buybacks. The deficit will be funded from divestiture proceeds of $6B, cash on hand and additional borrowing. BP has the lowest P/E and second lowest P/CF multiples among peers and the highest divided yield. ROACE is below its peer average and net debt ratio is slightly higher. Its implied reserve value (IRV), adjusted for 15-to-1 oil-to- gas ratio, of $12.60/boe is the lowest in the sector and ~55% below the peer average, reflecting GOM liabilities and financial exposure to Russia.”

The analyst added, “A comprehensive oil spill settlement removes financial uncertainty, while continued low oil prices could accelerate industry consolidation. A merger involving BP and one of its peers would create the world’s largest oil producer and could generate >$10B annual cost savings.” 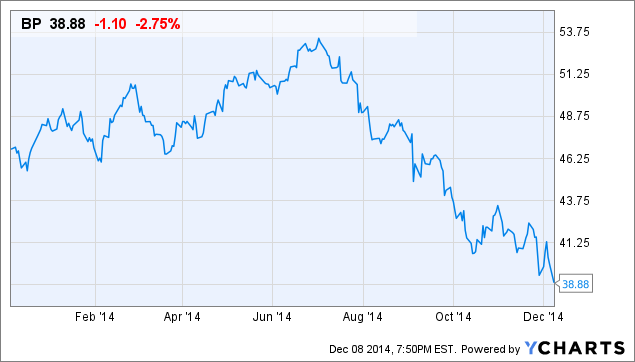