Nutanix Inc shares climbed nearly 12% to $19.61 after the company released solid quarterly results, posting revenue of $191.8 million, topping consensus estimate of $186.6 million. After adjustments for stock-based compensation and other effects, Nutanix claimed a loss of 42 cents a share, versus the consensus for a loss of 45 cents per share.

Maxim analyst Nehal Chokshi noted, “Management has stated the company will begin ramping spending on opex again now that large deal closure cadence is back on track. As such, we are raising our FY18 opex estimate from $755M to $824M and we are also slightly reducing our GM estimate from 60% to 58.5%. As we model returns on the deployment of the incremental capital to take one year, we are reducing our FY18 net income estimate from ($143M) to ($229M). Additionally, as we expect new software relationships to kick in, we are modelling deferred revenue build up to accelerate in FY19, resulting in our FY19 FCF estimate being relatively unchanged at $108M. Given the bulk of our DCF derived price target emanates from FY19 to our terminal period, our 12-month price target of $41 remains unchanged with the key input being a 28.7% Sales & marketing productivity ratio from FY20 to FY29, rendering a terminal period revenue of $8.2B and FCF of $1.2B.”

As such, Chokshi reiterates a Buy rating on Nutanix shares, with a price target of $41, which implies an upside of 108% from current levels.

Out of the 16 analysts polled by TipRanks (in the past 12 months), 10 rate Nutanix stock a Buy, 5 rate the stock a Hold and 1 recommends to Sell. With a return potential of 64%, the stock’s consensus target price stands at $32.33. 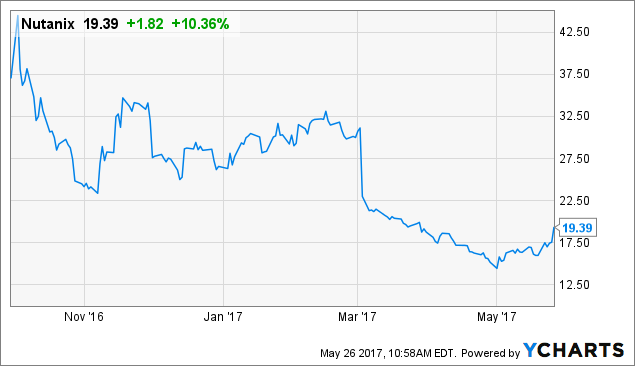 It’s a very rewarding trading day for investors in Deckers Outdoor with shares up about 18%, making the stock Wall Street’s bull of the day. The reason? The company showed momentum with its Q4 beat and better-than-expected FY18 guidance.

In reaction, Canaccord analyst Camilo Lyon raised his price target for DECK from $69.00 to $76.00, while maintaining a Buy rating on the stock.

Lyon commented, DECK’s FQ4 report was solid in its own right; however, the real story is the cost savings plan intended to generate $100M in incremental EBIT over the next three years […] Importantly, it appears that there are multiple ways for the company to achieve this EBIT target, so should sales fall short of the $2B there are backstops in SGA that can make up the difference. This yields ~$5.88 in earnings power in 2020, which discounted back gets us ~$4.60.”

“What’s more, the strategic review is still underway and one of the key considerations is capital allocation (i.e. buybacks). Should a sale of all or a part of the business not materialize, we suspect the Board would authorize a significant buyback. In essence, the company could manufacture a “creeping LBO” from its own free cash flow generation ($150M in FCF expected this year). Also, now that DECK took the pain last quarter to break the cycle of feeding the offprice channel, overall inventories look much cleaner heading into this fall season, boding well for margins. With these positives firmly in place, coupled with guidance that looks achievable, we reiterate our BUY rating and raise our PT to $76,” the analyst continued.

As usual, we recommend taking analyst notes with a grain of salt. According to TipRanks.com, analyst Camilo Lyon has a yearly average return of -4.7% and a 40.5% success rate. Lyon has a -7.2% average return when recommending DECK, and is ranked #4343 out of 4573 analysts. 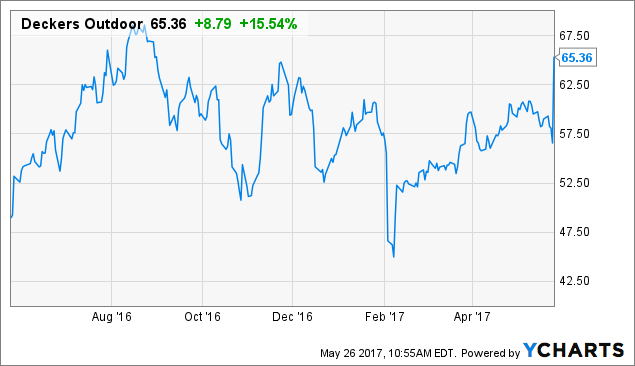