In a research note released this morning, Janney Capital analyst Kimberly Lee maintained a Buy rating on NPS Pharmaceuticals, Inc (NPSP) with a $37 price target, which represents 23% upside to the current share price.

Lee wrote, “We forecast Gattex US sales of $21.1 million and total revenue of $52.3 million compared to consensus of $53.3 million. Our EPS estimate of $(0.01) is a penny more than consensus. We believe investors will be keenly focused on Gattex launch metrics given the lowered Gattex guidance from 1Q. We anticipate management will provide an update on discontinuations, any challenges faced in 2Q and script data. In addition, we expect an update on the Revestive launch in the EU. We do not expect any changes to 2014 guidance. Lastly, we anticipate an update on the company’s preparations for the September 12th FDA Advisory Committee meeting”. 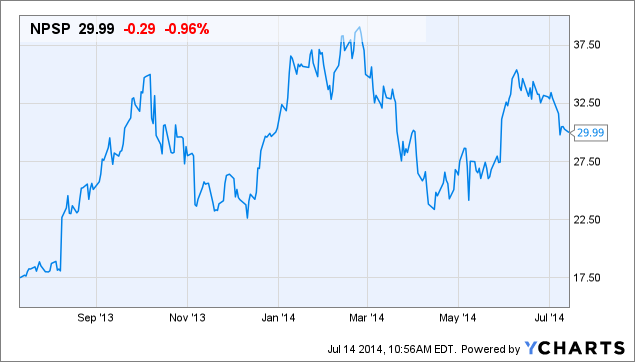