In a research report released today, Canaccord analyst John Newman reiterated a Buy rating on shares of NPS Pharma (NASDAQ:NPSP) with a $42 price target, following concerns that the FDA may delay the company’s PDUFA date for Natpara for the treatment of Hypoparathyroidism.

Newman commented: “Current concerns of Natpara delays from REMS implementation are overstated, in our view. Out of 16 positive orphan panels since 2012, only five (30%) had REMS labels after AdCom. Out of these five, only one (Gattex) had a delay in FDA approval for reasons unrelated to discussions by the AdCom, suggesting that REMS implementation may not delay PDUFA approval date.”

The analyst added, “FDA has dealt with osteosarcoma risk via Forteo since 2009, and could efficiently apply the same black box warning and REMS framework to Natpara in a timely manner. We believe the stock is pricing in a nearly 100% chance of delay at this point, and that investors are not considering the FDA’s past experience with Forteo.” 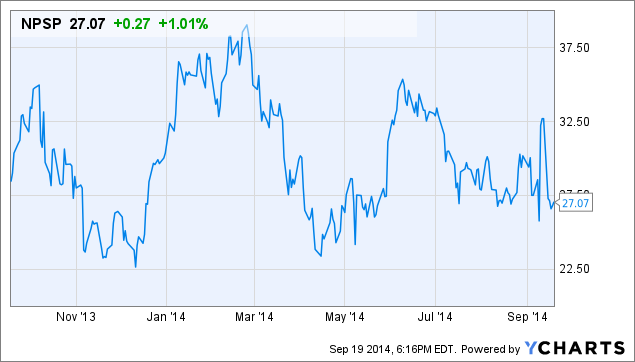