BTIG analysts, lead by Mark Palmer, released a research report today on On Deck Capital Inc (NYSE:ONDK), following the company’s newly disclosed data on its acquired customers in the first quarter, which was presented at an investor conference presentation yesterday. The analyst reiterated a Buy rating on the stock with a price target of $25. Shares of ONDK are currently trading at $15.72, down $0.53, or 3.23%.

Palmer noted, “We wrote in a blog post on May 5 that concerns about OnDeck Capital’s lower loan pricing during 1Q15, which was the subject of a media report tYhat day, were misguided both because they were based on the erroneous assumption that the lower pricing had been driven by increased competition, and because they overlooked a more important metric: profitability.”

Bottom line: “We believe that in light of the company’s evolution both in terms of the realization of economies of scale and the ongoing shift to lowercost Direct and Strategic Partner acquisition channels, a focus on ROI and ROA, rather than pricing, is appropriate. It also underlines the reality that the company does not necessarily face lessened profitability prospects due to pricing, as some have assumed. 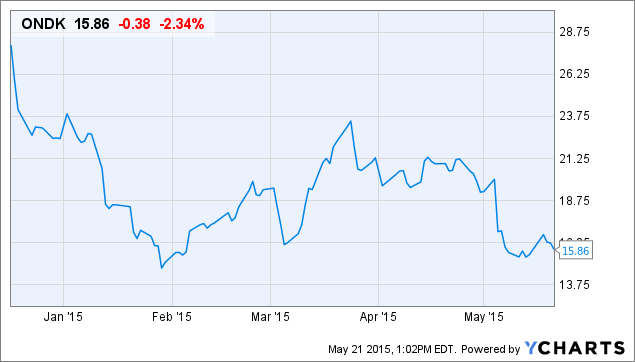