After attending the Apple Inc. (NASDAQ:AAPL) “Spring Forward” event on March 9, analyst Brian White of Cantor Fitzgerald maintained a Buy rating on Apple with a $160 price target. The event shed light on the Apple Watch, with pre-orders starting on April 10 and availability on April 24. In addition, Apple unveiled a new MacBook, cut the price of Apple TV, and announced a partnership with HBO NOW.

Combating the sentiment that wrist watches are outdated, White assured investors that the Apple Watch re-purposes the classic device and makes it relevant and cool. White had the opportunity to test out the product and is confident that consumers will love it.

Many consumers were concerned about the watches battery life, but Apple assured that the product has an all-day battery life and lasts up to 18 hours on a typical day. Furthermore, users will be able to browse and download apps from the Apple Watch App Store.

Aside from the Apple Watch, the event announced Apple’s new partnership with HBO. The HBO NOW service will be available in the U.S. for $14.99 per month. Additionally, the new MacBook weighs on 2 pounds and is 24% thinner than the previous version. 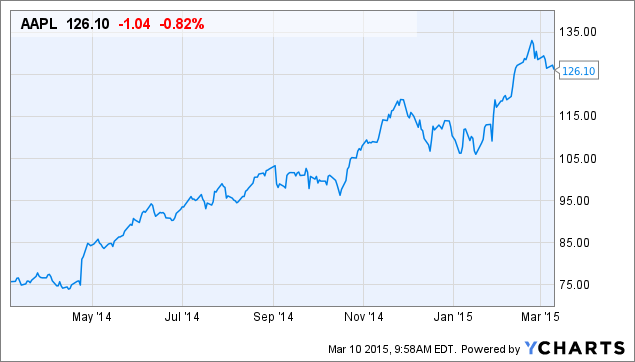