In a research report issued Tuesday, William Blair analyst John Sonnier assigned an Outperform rating on Nektar Therapeutics (NASDAQ:NKTR), following the approval of NKTR’s Movantik to treat opioid-induced constipation. As a condition for approval, a post-marketing observational epidemiologic cardiovascular safety study is required. No price target was given.

Sonnier noted, “The approval of Movantik triggers a $105 million payment to Nektar, and the company is positioned to receive a 20% royalty on U.S. sales and entitled to potential $375 million in sales milestones. The $105 million includes the retention of $70 million NDA filing fee that Nektar received last year based on no FDA requirement for a preapproval cardiovascular outcomes trial before commercialization. We are encouraged by Nektar’s first regulatory approval, and we believe the positive development provides further validation to Nektar’s proprietary technology platform and unlocks significant economic contribution over the coming 24-36 months.” 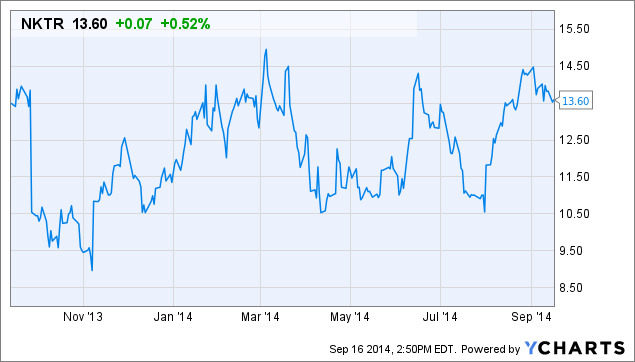