Needham analyst Rajvindra Gill came out today with his views on NVIDIA Corporation (NASDAQ:NVDA), after the company received a favorable claim construction ruling on six of its seven patent disputes against Samsung and QUALCOMM, Inc.(NASDAQ:QCOM). NVIDIA shares are currently trading at $21.48, up $0.55 or 2.61%.

Gill noted, "The judge presiding over the case returned a pretrial claim construction favoring NVDA's preferred construction on six of the seven patent claims. Today’s announcement is of a pre-trial decision in which a judge determines the meaning and scope of patent claims before they go to trial. NVIDIA believes the ruling in favor of its construction further strengthens the patents that have been asserted."

Bottom line, "We believe the case, which is expected to begin in late June, could be a substantial opportunity for NVDA, given it lists a broad array of Samsung mobile devices. A decision is expected to be announced in early October. We believe this lawsuit represents an important part of NVIDIA’s IP plans going forward and could signal the beginning of a new aggressive licensing strategy."

The analyst rates NVDA a Buy with a price target of $27.00, which represents a potential upside of 29% from where the stock is currently trading.

According to TipRanks.com, which measures analysts' and bloggers' success rate based on how their calls perform, analyst Rajvindra Gill has a total average return of 19.7% and a 59.0% success rate. Gill has a -3.7% average return when recommending NVDA, and is ranked #67 out of 3568 analysts. 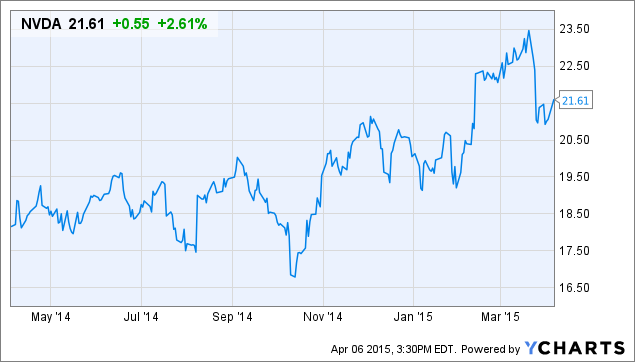