Needham analyst Rajvindra Gill weighed in today with a favorable report on Micron Technology, Inc.(NASDAQ:MU), reiterating a Strong Buy rating with a $60 price target, which implies an upside of 125% from current levels. The report comes after Micron and Intel Corporation (NASDAQ:INTC) revealed the availability of their 3D NAND technology, the world’s highest-density flash memory.

Gill observed, “According to MU/INTC, the new 3D NAND technology stacks flash cells vertically in 32 layers to achieve 256Gb MLC and 384Gb TLC, utilizing conventional floating gate technology. Sampling of the 384Gb TLCS design will be sampling in Spring while the 256Gb MLC 3D NAND version is sampling with partners today. We note MU-INTC have had a longstanding relationship going back to 2006 and the combination of both companies’ tremendous R&D and engineering talents will yield a competitive advantage in 3D NAND.”

According to TipRanks.com, which measures analysts’ and bloggers’ success rate based on how their calls perform, analyst Rajvindra Gill has a total average return of 20.3% and a 59.5% success rate. Gill has a -1.1% average return when recommending MU, and is ranked #59 out of 3547 analysts. 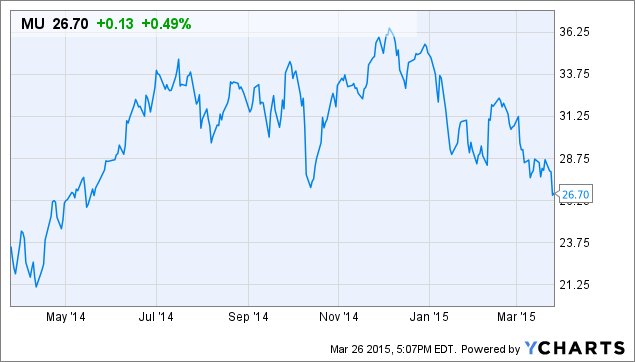