Carr noted, “Acadia ended 2014 with $322.5M in cash, down from $337.8M in 3Q14. We believe the company has sufficient financial resources through at least 2H16.” Furthermore, “Timelines for the Nuplazid NDA submission in Parkinson’s Disease Psychosis (PDP) are unchanged (1Q15). We believe a priority review is likely given Breakthrough Designation and we assume approval in the U.S. in 4Q15. Acadia plans to submit an MAA for Nuplazid in PDP approximately 6-9 months after the NDA is submitted. Mgmt expects to complete enrollment of the Phase 2 Nuplazid trial in Alzheimer’s Disease Psychosis (ADP) by YE15, with results available by around mid-2016.” 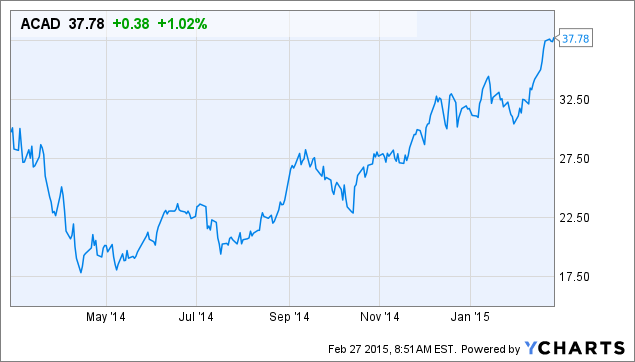