Needham’s healthcare analyst Alan Carr came out with some commentary on Intercept Pharmaceuticals Inc (NASDAQ:ICPT), after the company reported second-quarter results and held a conference call on Wednesday to provide a corporate update. Additionally, the analyst reiterated a Buy rating on ICPT, with a price target of $500, which represents a potential upside of 108% from where the stock is currently trading.

Carr wrote, “The company submitted an NDA for Obeticholic Acid (OCA) in Primary Billiary Cirrhosis in late Jun 2015. A response from the agency regarding filing and priority review is expected later this month. We assume approval and launch in late 1Q16. An AdCom mtg is likely according to mgmt. Intercept also announced in Jun that an MAA has been accepted by the EMA. We expect approval later next year, followed by launch across Europe over the course of 2017. As a reminder, the company plans to build its own sales organization in both territories.”

Bottom line, “OCA Phase 3 development in NASH is expected to begin in 3Q15 (unch). We reiterate BUY. In our opinion, the stock does not fully reflect the value of the OCA program across various liver diseases and proximity to commercial launch in PBC.”

Out of the 17 analysts polled by TipRanks, 12 rate Intercept Pharmaceuticals Inc stock a Buy, 4 rate the stock a Hold and 1 recommends Sell. With a return potential of 63.8%, the stock’s consensus target price stands at $393.06. 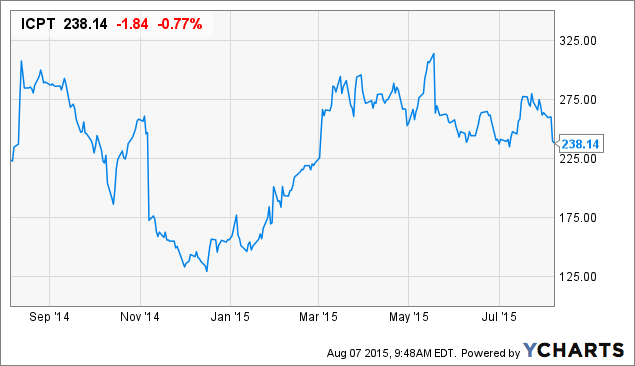