In a research report released Monday, Needham analyst Alan Carr reiterated a Buy rating on Intercept Pharmaceuticals Inc (NASDAQ:ICPT) with a price target of $500, after the company presented additional OCA NASH Phase 2 trial data and hosted an analyst/investor meeting at the American Association for the Study of Liver Disease (AASLD) and Industry Colloquium.

Carr noted, "An ad-hoc analysis of the trial revealed OCA-induced increases in LDL were partially mitigated by statins, whether administered at baseline or later after trial initiation. In a second presentation, OCA also demonstrated clear statistically significant activity on key endpoints (including fibrosis) in high-risk patients, the target population for the upcoming Phase 3 trial. We expect initiation by mid-2015. There were no surprises with respect to KOL perspective around PBC or NASH trial design/endpoints at the mtg. We reiterate our BUY and $500 price target. We believe the stock is undervalued given proximity to OCA commercialization in PBC and scale of commercial opportunity in NASH." 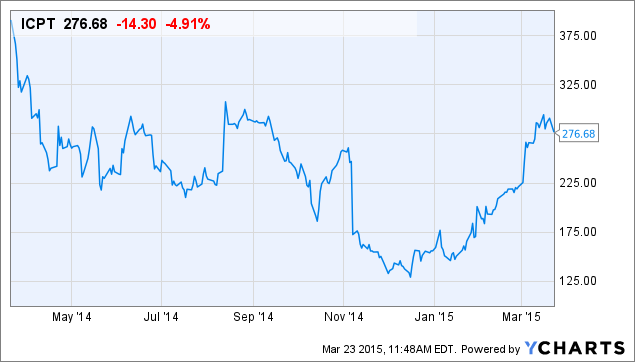