In a research report released today, Needham analyst Alan Carr reiterated a Buy rating on Alnylam Pharmaceuticals (NASDAQ:ALNY) with a price target of $120, which implies an upside of 18% from current levels. The report follows the company’s R&D day, which took place in NYC last week.

Carr noted, “Management outlined a new corporate strategy, building on the existing rare disease effort with the addition of initiatives in cardiometabolic disease and hepatic infectious disease. The company ultimately plans to replicate the comprehensive arrangement with Sanofi in rare diseases with another Big Pharma in cardiometabolic disease.”

The analyst added, “We view Alnylam as a core biotech holding given the emerging profile of RNAi as a versatile, safe, and potent drug class. We note 15 programs in development across the three broad disease areas, supported by $915M in cash.” 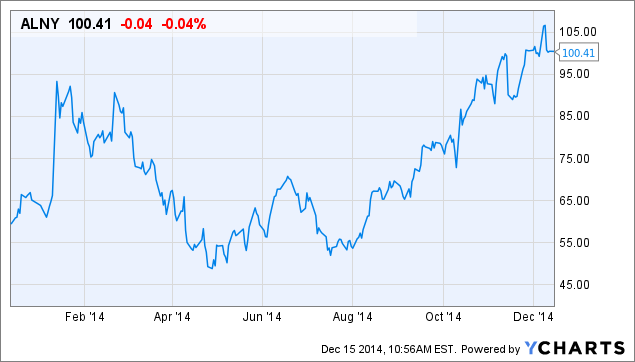 3 Monster Growth Stocks That Can Climb Higher as Market Plunges