In a research report released Thursday, Needham analyst Alan Carr reiterated a Buy rating on Cempra Inc (NASDAQ:CEMP) and raised the price target to $48 (from $42), which implies an upside of 16.5% from current levels. The report follows comes after the company reported second-quarter results and hosted a conference call last night to report updates of its lead candidates. Cempra shares are down 6.24% to $42.04 as of 1:13 p.m. EDT today.

Carr wrote, “The company completed enrollment of its second Phase 3 trial of solithromycin in CABP in early July 2015. We believe results may be announced as early as Oct 2015. We assume a favorable outcome based on positive results from the first Phase 3 CABP trial in Jan 2015. We reiterate BUY and are raising our target in anticipation of positive results this fall.”

“Cempra ended 2Q15 with $202.4M in cash, down from 209.1M in 1Q15. We believe this is sufficient into 2017. Mgmt reiterated that additional funds will be needed to support commercial launch of solithromycin.”, the analyst continued. 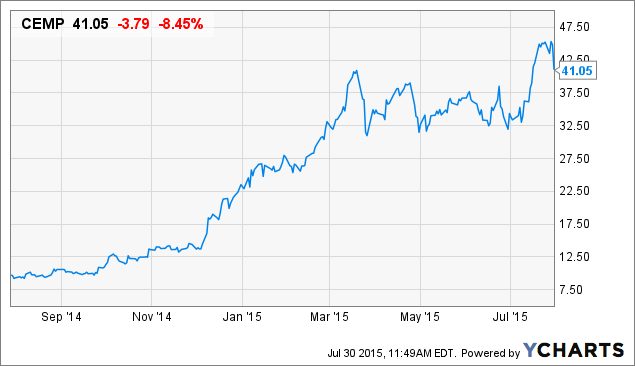