In a research report released Friday, Needham analyst Alan Carr reiterated a Buy rating on shares of ACADIA Pharmaceuticals Inc. (NASDAQ:ACAD) and raised the price target to $49 (from $38), which represents a potential upside of 23.6% from where the stock is currently trading. The increased price target comes as the company remains on track to submit its NDA for NUPLAZID for Parkinson’s disease psychosis in the second half of this year.

Carr noted, “Acadia hosted a quarterly conference call last night. Management guided for Nuplazid NDA submission in Parkinson’s Disease Psychosis (PDP) in 2H15 (unch). We assume a priority review and approval mid-2016. As a reminder, the drug was designated a Breakthrough therapy by the FDA. Given a differentiated safety/ tolerability profile relative to other antipsychotics, we believe the drug may be well suited for a range of psychosis indications beyond PDP. We reiterate BUY and are raising our target in anticipation of NDA submission and near-term regulatory approval.”

All the 8 analysts polled by TipRanks rate Acadia stock a Buy. With a return potential of 9.1%, the stock’s consensus target price stands at $43.25. 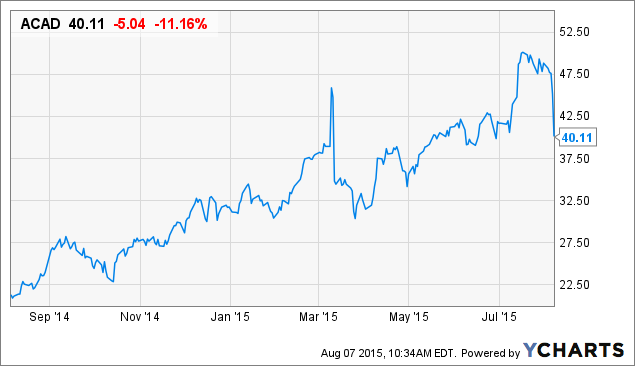