Gill noted that Micron remains focused on "improving mix and profitability,"adding that the company's top-line guidance of $3.9 billion was below consensus." Though the PC market is slowing, DRAM and NAND orders are expected to grow. Near-term, Gill commented that Micron is "comfortable growing bits slower than the market" and expects it to "grow in line with or slightly above the industry in '16."

Furthermore, Gill noted "Given the softer pricing environment," Micron's is willing to hold inventory and "maintain its leading ASP position." Gill applauds this strategy because the decision "not to chase pricing as indicative of a more rational competitive DRAM environment," which should enable the company "to maintain its margin profile despite soft PC demand in FY15."

According to TipRanks.com, which measures analysts' and bloggers' success rate based on how their calls perform, analyst Rajvindra Gill has a total average return of 19.9% and a 59.4% success rate. Gill has a 0.5% average return when recommending MU, and is ranked #65 out of 3564 analysts. 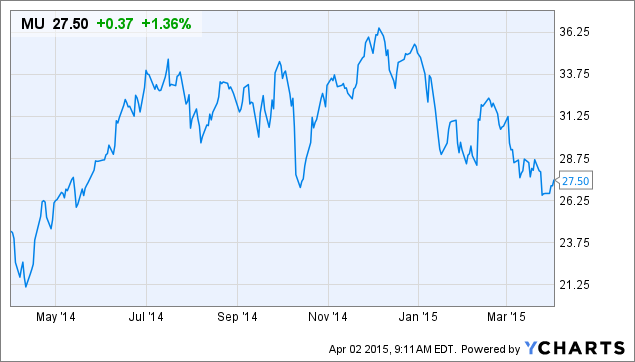