Carr noted, “Qsymia sales increased only modestly over the course of 2014. Consumer awareness of the new branded weight loss agents is relatively low, particularly with respect to Qsymia. We believe emphasis on the consumer, rather than the healthcare provider, is more likely to have an impact on sales. Although the company continues to search for a commercial partner for Qsymia, we believe an agreement under attractive terms may be a challenge.”

Furthermore, “Management continues to discuss Qsymia CVOT trial (AQCLAIM) design with regulators. No guidance was provided with respect to timing. We assume a trial initiation in mid-2015. A key challenge is satisfying both the FDA and EMA around plans to conduct an interim analysis to support an MAA submission without compromising integrity of the trial.” 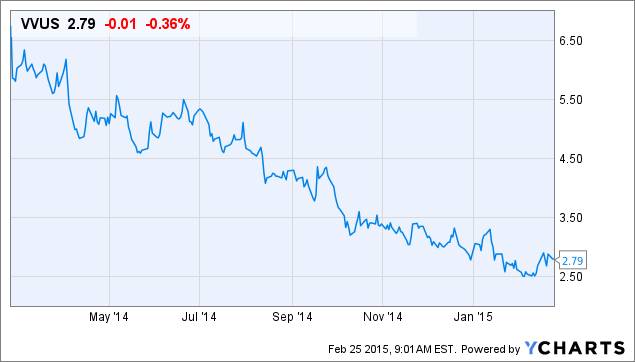