Carr wrote, “Timelines remain intact for a Nuplazid NDA submission in Parkinson’s Disease Psychosis (PDP) in 2H15. Work is continuing on the manufacturing quality systems. We note that the NDA itself has been completed. We remain favorably inclined towards the drug, given differentiated profile relative to other antipsychotics. We remind investors of the Breakthrough designation from the FDA and reiterate BUY rating.” 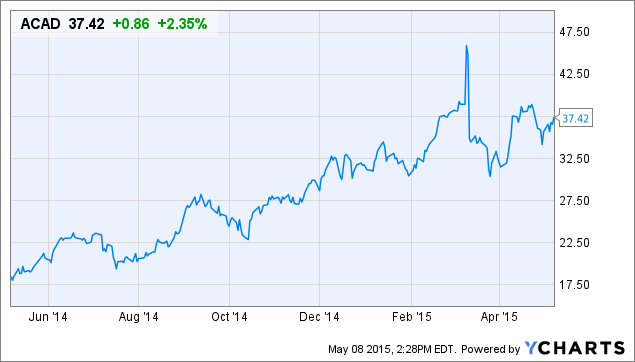