In a research report released today, Needham analyst Alan Carr maintained a Buy rating on Cempra (NASDAQ:CEMP) with a $42 price target, based on expectations for successful development and commercialization of solithromycin.

Carr observed, “Cempra hosted a conference call last night to provide a quarterly corporate update. Mgmt reiterated plans to discuss timing of results from the ongoing Phase 3 IV/oral solithromycin trial in Community Acquired Bacterial Pneumonia (CABP; SOLITAIRE-IV) in Apr 2015 on the 1Q15 call. As a reminder, positive results from the Phase 3 SOLITAIRE-Oral trial were announced in Jan 2015. Additional data from this latter trial are likely at the ATS, ECCMID, and IDSA mtgs. Mgmt also announced a new strategy for Taksta development, per advice from a Dec 2014 mtg w/the FDA. A 600-800pt Phase 3 trial in ABSSSI will be conducted in conjunction with a ~100pt Phase 3 trial in bone/joint infections, the primary indication.” 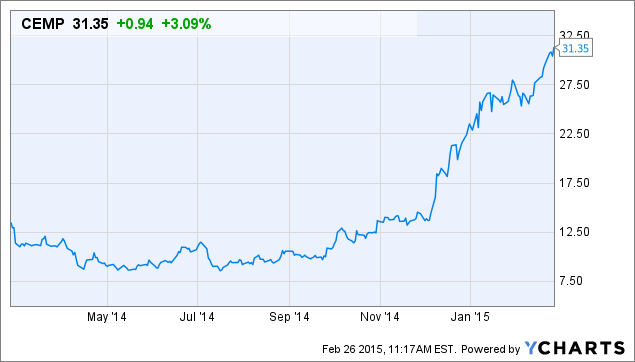