Gill stated, “In conjunction with our industry note titled, “Avoid the Summer Heat, Let Consensus Estimates Cool Off,” we are lowering our estimates for SNDK given our expectations of a muted 2H15 recovery following a below seasonal 2Q, ongoing NAND pricing pressure, lower gross margin profile and lower than expected enterprise SSD business.”

“We contend that SNDK’s LT product portfolio continues to be misaligned to the declining retail market and that SNDK will need to adjust its enterprise strategy. In addition, with a lack of mobile DRAM solution, we believe SNDK is at a serious competitive disadvantage to other flash vendors that have both DRAM and NAND capability.”, the analyst continued.

According to TipRanks.com, which measures analysts’ and bloggers’ success rate based on how their calls perform, analyst Rajvindra Gill has a total average return of 17.8% and a 57.8% success rate. Gill has a -8.4% average return when recommending NXPI, and is ranked #98 out of 3712 analysts.

Out of the 17 analysts polled by TipRanks, 15 rate NXP Semiconductors stock a Buy, while 2 rate the stock a Hold. With a return potential of 19.7%, the stock’s consensus target price stands at $109.87. 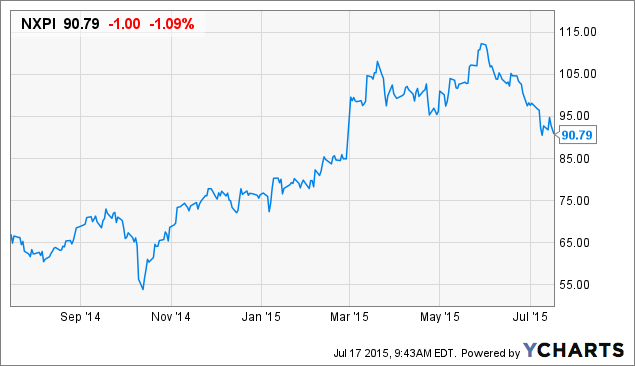