In a research report released Monday, Needham analyst Rajvindra Gill reiterated a Buy rating on Nvidia Corporation (NASDAQ:NVDA) with a $25 price target, as this year’s International Consumer Electronics Show (CES) is about to get underway in Las Vegas and one of the first big press conferences of the massive trade show was held by NVIDIA.

Gill commented, “This year’s event announced the newest member of the Tegra family, the X1, which will bring Maxwell GPU architecture to mobile devices, as well as supercomputers Drive CX & PX designed for vehicles. The event was largely focused on autos, for which CEO Jen-Hsun Huang highlighted how Nvidia products will help pave the way to autonomous driving. The Tegra X1, along with the two specialized automotive computers powered by the chip, will allow vehicles to see their surroundings, provide warnings to drivers, and ultimately be able to drive themselves.”

The analyst concluded, “We came away from the presentation impressed not only with the chip’s power and capabilities, but also with Nvidia’s vision for the future of autos.”

According to TipRanks.com, which measures analysts’ and bloggers’ success rate based on how their calls perform, analyst Rajvindra Gill has a total average return of 17.4% and a 65.0% success rate. Gill has a -3.4% average return when recommending NVDA, and is ranked #92 out of 3427 analysts. 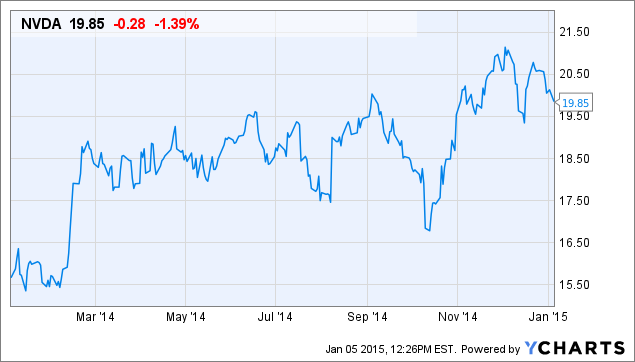